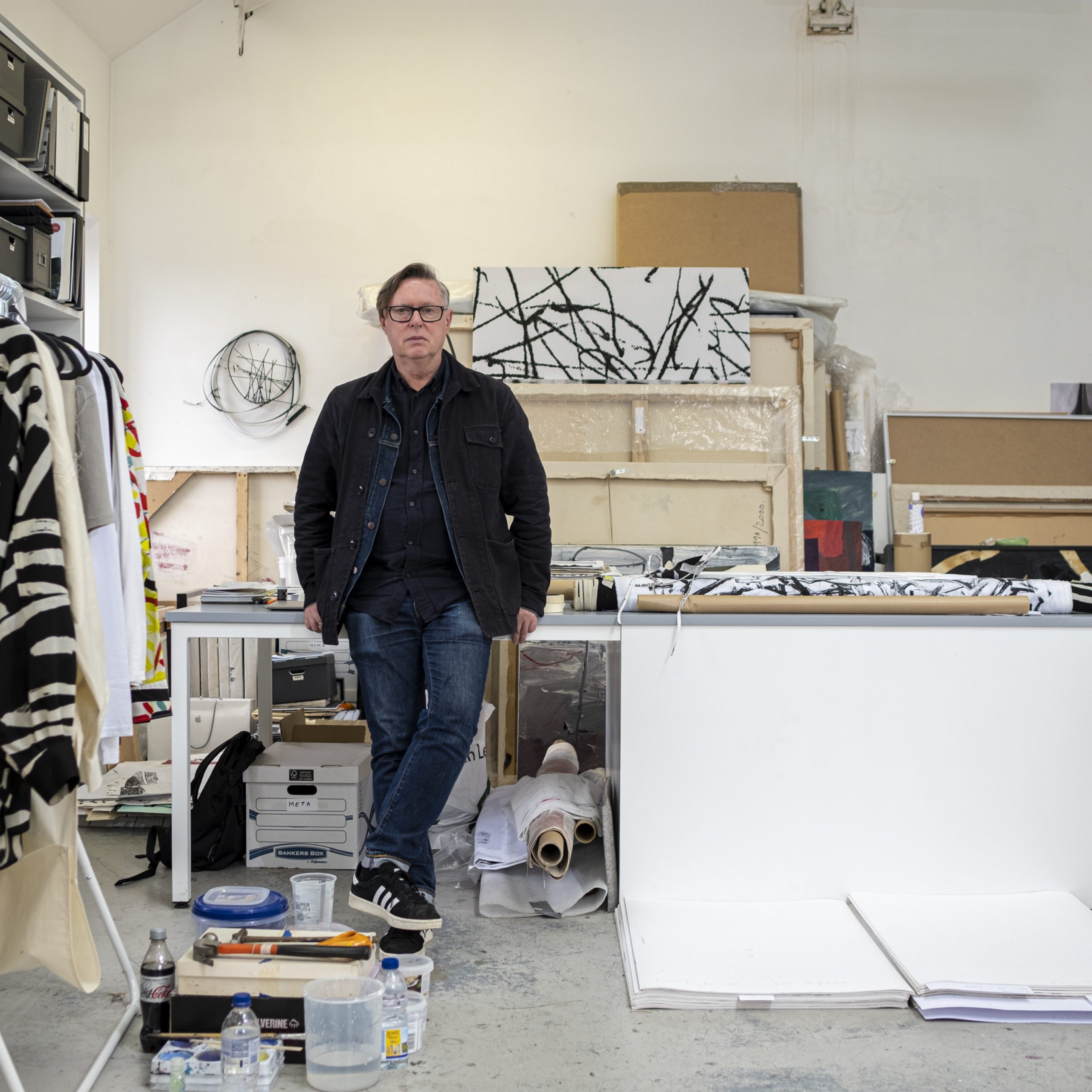 Have you heard our latest news? We have been selected to build on our 2019 residency in Partick East and Kelvindale with the next phase of Creative Communities: Artists in Residence. For this project, we are engaging with those who live in Ward 23 to create an immersive audio walk of the area.

We caught up with artist, Fraser Taylor. Fraser lives in Partick and he shared his stories with us about how he came to live in the area, and why it feels like home to him.

Have you always lived in Partick?

I’m actually originally from Kirkintilloch and I went to Glasgow School of Art from 1977 from 1981. Then, I went straight down to London to do my Masters at the Royal College of Art and studied there until 1983. I lived in London for 21 years, then went to Chicago in 2001 for a one-year teaching position and ended up staying there for 16 years! Things turned out very differently to how I imagined. After a sabbatical in Chicago in 2014, I decided to come back to Scotland. I did a residency with Wasps for a year and had studios in Shetland, Fife and in Glasgow – it was amazing. I completely fell in love with Scotland again and became besotted with the landscape. When I went back to Chicago, it just didn’t feel right anymore, so I decided to come back to Glasgow. I never ever thought I would move back to Glasgow again, but I did and I loved it. I lived in the Merchant City for a year, but it never felt quite right. It didn’t feel like home. I have a lot of friends who live around the Partick area, so I was hanging out there and I decided that was the neighbourhood that I wanted to live in. I found a flat really quickly and I’ve been there since 2018.

I’ve definitely travelled about. I’ve been really lucky with where my career has taken me. I’ve spent a lot of time in Japan, Australia and other amazing places but, oddly, it feels very much like I’m home and I’m here to stay now, and it feels great.

Where is your favourite place to visit in the neighbourhood?

I like Mansfield Park – every time I walk through it, it feels really different. There are so many different communities that hang out there – students, people relaxing and having drink… It just feels lively and I remember during the lockdown last summer, I would walk through the park and there would be musicians playing there. I really like the atmosphere there. It feels almost European. One of my favourite places is the Partick Duck Club right on the corner, when I walk out of that side door I feel as though I could be in Paris! That probably sounds slightly bizarre, but there is something so Parisian about that corner with the trees on the street and some of the ironwork… It feels French to me. I love those little moments.

I drink in the Lismore and I like The Sparkle Horse as well, they both have a friendly atmosphere. I like the weird mix of people. I live near Gardner Street, so if I go up the hill, I’m in real ‘West End’ land, which is very privileged. Then, if I go down the hill, I’m in a much more real environment. I like the proximity of these different socio-economic situations. I’m not that much of a West End person really, so I think it’s nice that Partick maintains a bit of its history.

If you were taking a tourist somewhere in Partick East and Kelvindale, where would you take them?

First of all, I would take them for a walk, just to give my thoughts on the area. I do love the walk up Gardner Street, along with everyone else in the world! I think most people enjoy walking up there and getting to the top of the street and looking over the whole south side of Glasgow. I find those views quite breath taking, it really is spectacular. I hate to say it, but I would probably take a tourist to the Lismore. I think that it is such a traditional Scottish pub and it still carries lots of traditions. They have folk music playing in the evening and it feels like a genuine Glasgow pub. I really like The Sparkle Horse but it’s much younger and a bit more hipster. There’s nothing wrong with that – I like that – but I prefer the tradition of the Lismore. It’s so authentic. Sometimes with certain pubs, I feel as though I could be anywhere in the world. The world is becoming more and more generic and everywhere is losing its identity a wee bit, so I do levitate to places that feel a bit more real and haven’t lost their character.

Did you discover any new places during lockdown?

During the first lockdown, when my studio was closed for 3 months, I realised that I didn’t really know Glasgow as I left the city when I was young. As a result, I did a lot of walking – 8 to 10 miles on some days. I would walk through Partick and I would go over the river to the south side as well. I loved walking down Dumbarton Road and seeing all the back streets of Partick and just exploring the area.

What are you up to at the moment?

Nicolls – a gallery closed at the moment due to Covid – is running a programme called ‘Through The Window.’They have invited artists to show their work in the window, and I recently took part in this. It’s only available to view from the street, as people aren’t allowed into the gallery as a result of Covid. As it can only be viewed from that one vantage point, I found it quite exciting. When I was installing it, a local lady who was passing by stopped and said how happy she was that the gallery is doing it, as every time she walks by there is something new for her to look at. I think it is great that it has been able to engage the community.

I also have an exhibition on at The Briggait at the moment, which is also in the window. It’s called ‘Two-Step / Selvedge to Selvedge’ and is a collaboration with myself and an artist called Beth Shapeero. This is running until 26 April. Galleries aren’t opening back up until after 26 April so there’s a lot of people and artists who are trying to work out how to engage the community without being able to give them access to premises.

There are people embracing the digital world and where that is going to take us but I think people are also realising the necessity for having direct contact with artwork, projects and performances. The virtual will put us in better stead when leaving lockdown, but that has to exist alongside the actual experience. There’s nothing that can compare to sitting in the audience watching a performance, or stepping into a gallery and seeing a painting or sculpture. It can be enhanced by digital, and digital can make the arts more accessible to people, but we have to find a good balance between digital experiences and real-life experiences.

Thank you so much to Fraser for speaking to us about Ward 23 and giving us an insight into what makes this neighbourhood special.