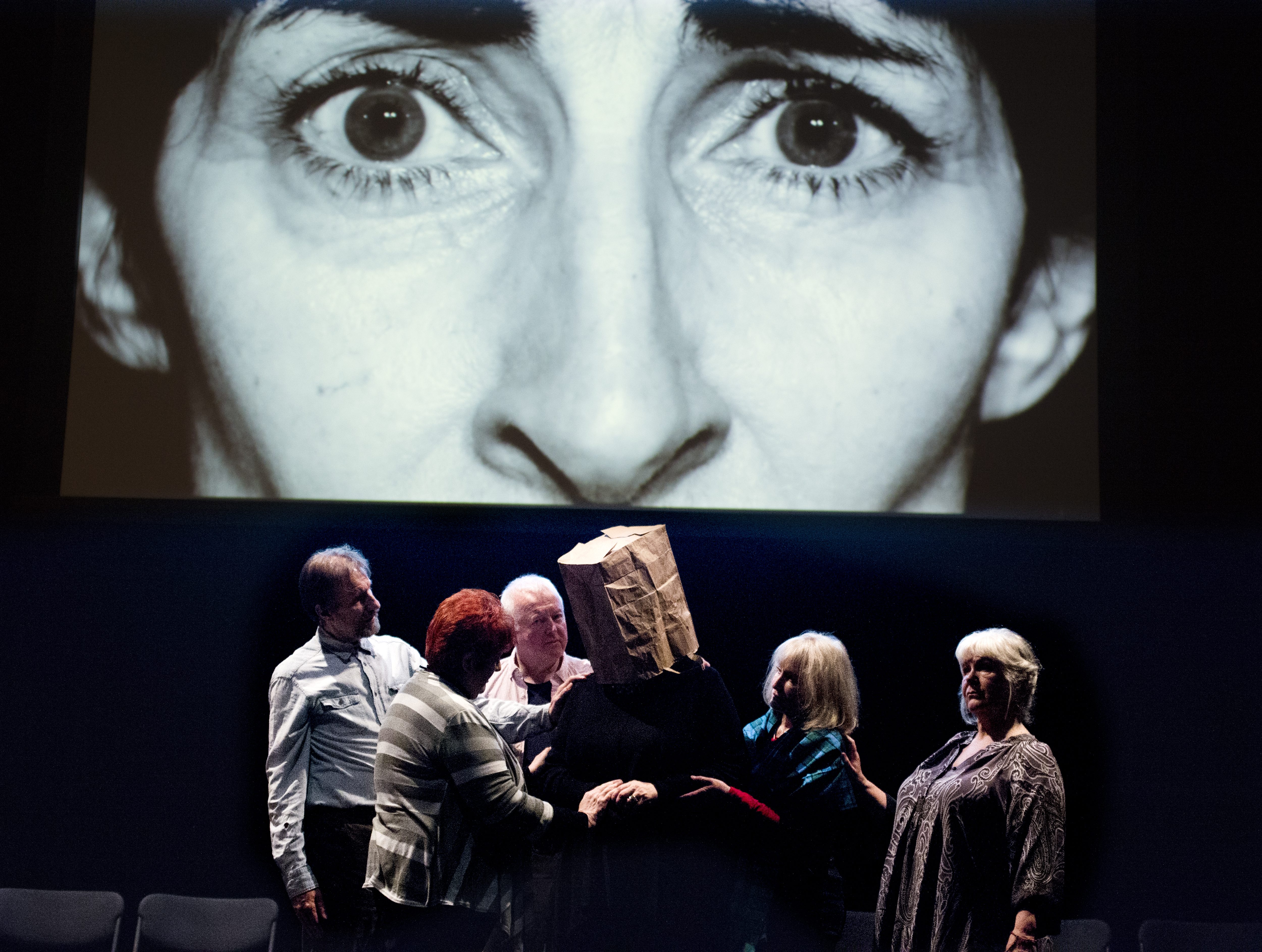 The countdown for The Flames continues, with just 2 weeks until the multi-media show opens at the CCA in Glasgow. In the last of our Quick Fire blog series, we sit down with Audio / Visual Designer Kim Beveridge to talk about her creative influences and the design of the performance.

1. How did you first get involved with Tricky Hat and The Flames?

Fiona Miller, Tricky Hat’s Artistic Director, and I met 10 years ago while working on a previous project. She explained how her company made theatre with people who wouldn’t usually be involved in the performing arts; opening up creative opportunities for them.

We shared an interest in video, and how it could be incorporated into this type of work, and The Flames was a project I wanted to get involved with; I was excited by the fast turn-around of the work with people meeting, making art and then sharing it with an audience. Such a quick succession of work isn’t usually associated with over 50’s, and I liked that.

2. When you first started working on The Flames event, did you have an idea of how you wanted the show to look?

I always wanted to create a bold aesthetic to mirror the choices being made within the performances. I also knew the visuals would be monochrome so when colour is used, it packs a punch.

Alongside this, I was interested in using projected text a lot to allow the audience some room to generate their own image of the show.

On the other hand, I have incorporated moving portraits of the cast, to work and compliment the live performances happening on stage.

3. How is audio and visual used to break through notions of pre-conceived ideas of older people, in the show?

We use audio and visuals to break through notions of pre-conceived ideas of older people in the same way the performance does; challenging the notions of ageing. I try to take what’s happening live and enhance, support and sometimes subvert it depending on the mood at any given time.

4. Where do you get your inspiration from?

I get my inspiration from different sources. I think the work I’ve been doing with The Flames, so far, has been text heavy and this reminds me of Jenny Holzer’s work, ‘truisms’, that I really enjoyed when I first saw it.

Alongside that, the performance is strong influenced from portrait photography; using black and white photos in a similar style to Diane Arbus. Personally, I have always found Arbus’ edit choices manipulative; I believe artists who work with individuals as a subject matter have a responsibility to them. I suppose the work I do with The Flames is completely collaborative and that’s the difference.

5. Describe The Flames in 3 words.

You can see Kim’s designs in the upcoming Flames performance at the CCA on Wed 19 April at 3pm and 7pm; don’t forget to book your tickets by visiting the website.